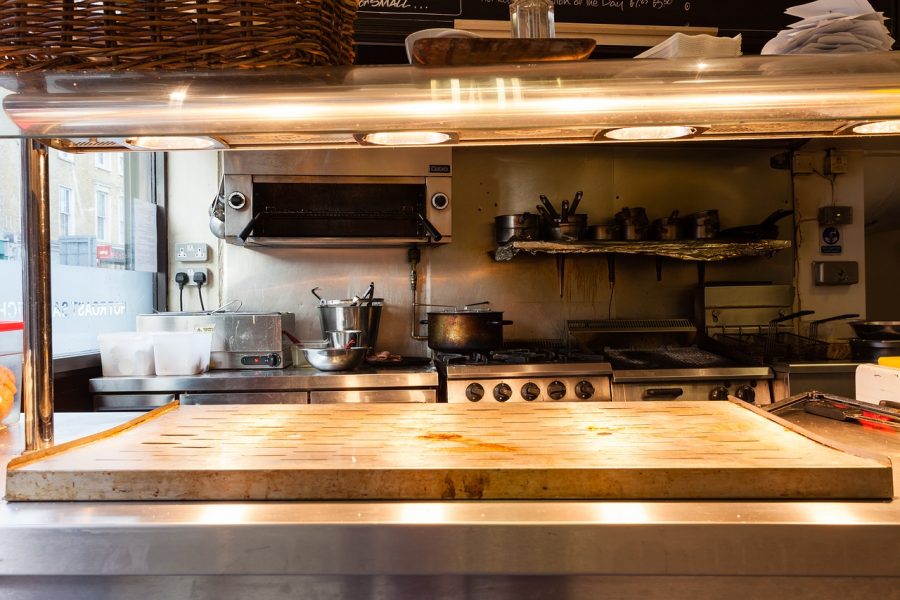 Ventilation of the kitchen of the restaurant or cafe.

Kitchen ventilation is significantly different from similar equipment used, for example, in the office. In the first case, increased attention is paid to the need not only to create a comfortable environment but also to constantly ensure the elimination of odors and pollutants that are inevitably produced during cooking. Ventilation of the kitchen area in any of the catering establishments should be considered as a system that includes local extraction equipment and common air supply and extraction units.

Is it possible to control the specific odours that are emitted in dirty areas?

The control of odour emissions during cooking is a must, which is why this is an area of special attention in the process of setting up the ventilation system when it comes to such specific establishments. In order to reduce the concentration of particles that spread odours in the air, one of the two common solutions is to supply clean air to the room from outside or to use a local extractor hood. Although both options are currently available, the second one is still in the lead.

In order to “intercept” the air flows located at the work surfaces, which are then fed into the duct network, so-called umbrellas should be used. The share of general exchange ventilation is the need to maintain a poor state of air in the kitchen room, and thus provide suitable conditions for all the personnel who work here. Although the systems listed above are strikingly different from each other, in this case, they act as complimentary.

How to calculate the extraction of air costs for a public catering facility?

When designing a ventilation system for a room in which food is cooked almost continuously and in large quantities, the first thing to consider is how much air is extracted by means of an extractor hood. If the latter can handle only small volumes, it can be considered non-functional, as the air will eventually remain contaminated and continue to spread through the room. If the opposite situation is observed and the airflow rate is too high, the result is unnecessary energy costs.

It turns out that even before buying and installing a kitchen ventilation system, all necessary calculations must be made to ensure that the airflow rate is optimal. This parameter is determined on the basis of what type of equipment is used for cooking, as well as taking into account the variability in the installation of the selected umbrella, the presence of special curtains in the structure, the type of food to be cooked most often, as well as the air flows that are always present in the room kitchen.

According to German DIN standards, the extract air volume flow rate is the volume flow rate that is regularly discharged from the kitchen. According to this method, the first thing to do is to determine the apparent heat flow and the type of equipment that is used for cooking in a certain mode. You can then calculate the amount of steam produced and the inflow of latent heat. For this purpose, the larger of the two available exhaust air flows is first taken into account.

It should also always be remembered that even when calculating the necessary figures, following the formulas, it is necessary to leave an additional 20 % reserve, which will be useful in case of an unexpected increase in heat, the number of employees performing their duties at the same time in the same room, and so on.

Can the impressive amount of air removed from the kitchen be fully compensated for?

If a large volume of air is extracted from the kitchen through the hoods, this flow must be compensated – this will depend on the efficiency of the ventilation system as a whole. In order to make the best decision on this issue, specific recommendations must be taken into account. For example, the kitchen area of a restaurant or cafe requires a negative pressure compared to the rooms in the immediate vicinity. To compensate for remote air, the last of the neighboring rooms can be used. In the process of designing a ventilation system, where an impressive airflow rate is assumed, it is initially assumed that the energy consumption also increases.

The unconditioned air used for inflow into the kitchen does not provide the best conditions for those insides. In order to effectively compensate for air consumption, it is important to properly distribute the flow throughout the room.

If the airflow rate is too high, fans can also be used – this solution is often seen in large cafes and restaurants.

If the temperature in the hot shop is controlled by sensory sensors, a system of general exchange ventilation can be introduced to compensate for the air discharged through the probe. It must be taken into account that such an engineering solution is not the most economical. Ideally, special inlet systems should be used that can compensate for the larger volume of air discharged through the probe by bringing in the fresh air at a point close to the probe. This is how the principle for semi-conditioning works.

Stages of Introducing Ventilation in a Restaurant

The installation of ventilation in industrial kitchens must be correct, it is enough to simply follow certain steps: