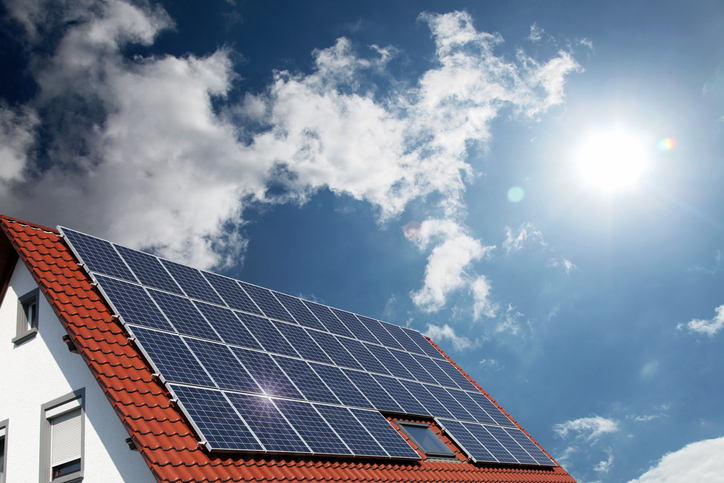 Top tips for selling a home with solar panels

Solar panels have become a familiar site up and down the country, even in places which are not renowned for their balmy climates (such as Scotland). While the benefits of renewables are indisputable, the benefits of owning a home with solar panels only apply if you own the panels yourself, if, by contrast, the solar panels belong to a third-party company which has leased space on your roof, then, far from being a benefit, they may actually turn out to be a significant hindrance.

Selling a home where you own the solar panels

In principle there is nothing to stop you taking the solar panels with you when you move, but in practice, it is likely to be far more sensible all round just to sell them to the future buyer. You could sell them as part of the fixtures and fittings of the house, but you might also want to look into the option of selling them as a separate transaction (it would be wise to check the legality of this move at the time you sell your house).

While this second option would involve extra paperwork, it would also reduce the value of the actual home purchase and hence the amount of Stamp Duty payable on your property. It might also help to keep the home in a lower Council Tax band. One last option would be for you to lease the solar panels to the buyer, but in most cases this would probably be more complicated (read expensive) than many people would like.

Assuming that you still have direct contact with the company which owns the solar panels, you may be able to “buy-back” the rights to your roof. While this may be a lengthy, frustrating and expensive, process, it would have the benefit of clearing the way for you to sell your house in the usual manner.

If, however, you no longer have contact with the company which owns the solar panels (a scenario which is far from unusual as contracts are sold on from one company to another), or you do not have the time (or energy) to buy yourself out of the leasing arrangement, then you are in a more challenging situation, because, at this time at least, mortgage lenders are very unwilling to lend against homes which have third-party-owned solar panels on the roof.

Given that there is increasing concern about the way in which solar panels were sold to home owners, it may be that at some point in the (hopefully near) future, there will be some form of government intervention on this, but at this point in time, the most straightforward option by far tends to be to sell the property to a cash buyer who can live with the leasing arrangement. With this in mind, you might be best to look for an estate agent who specialises in investment buyers (or who at least has a solid database of them). Although investment buyers will be looking to get the best possible value for their money, they are still likely to be a more attractive option than specialist home-buying companies.

For more information on selling your home or to arrange a free online house valuation, please contact Indlu estate agents.