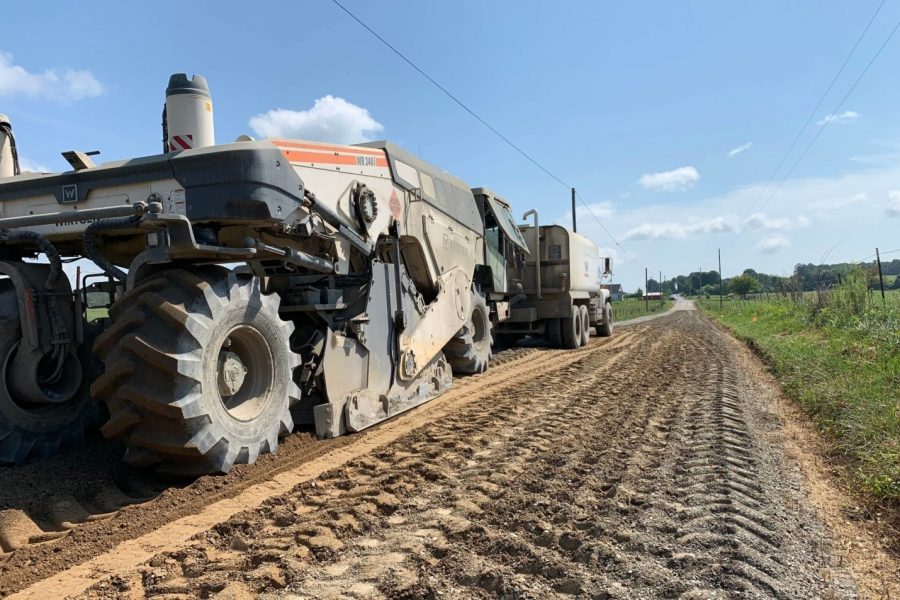 The Ins and Outs of Full-Depth Reclamation

Like any other part of the infrastructure, pavements are subject to change. It’s all good when they’re brand new, but constant exposure to all kinds of weather, to cars and pedestrians, takes its toll after a while. The idea is not to leave these areas to the mercy of nature but to use a method for successful reuse of their building materials.

FDR, or Full Depth Reclamation, is one such method. It’s a technique used for recycling worn-out materials and layers of pavement. This process results in a new, stable base that will endure new challenges in the future. If you’re interested in the details, please visit dpw.lacounty.

Full-depth reclamation is beneficial for many reasons. First and foremost, it saves a lot of time. Finance-wise, it’s more than convenient. We don’t have to mention the savings when it comes to materials. It’s a far better idea to invest these resources in new pavements, instead of using them for old infrastructure that can be recycled instead.

Depending on the materials, pavements can last for decades but can also be ruined in a matter of months. For one thing, FRD has proven successful in issues with base degradation. When the base gets damaged, it can lead to premature failure. Other more minor issues are cracks in the pavement, maintenance patches, and so on.

Development through the Years

In the past, road builders used to build much thicker asphalts, usually between 6 and 12 inches. They would consider the amount of traffic, as well as the subgrade underneath. Things began to change in the 1970s as building techniques became more developed. The new methods were based on composites, involving more than one layer.

The simplest way to look at it is by comparing it to a sandwich. The middle part is an aggregate base, placed under a cheaper asphalt layer, and below is the subgrade. This proved a practical and durable solution through the years. In recent times, though, scarcity of aggregate base materials has resulted in higher prices.

Thanks to the developments in technology, builders can now repurpose already built asphalt using FDR. According to stats, the combined infrastructure in the States uses around 18 billion tons of asphalt. One of the paving industry’s main strategies is recycling old, damaged portions of these materials to create new pavements.

The Essence of FDR

By using a soil reclaimer, a specialized machine, the damaged pavement is ground to the necessary depth. How deep the reclaimer will go is decided during planning before the project begins. This way, road builders protect themselves from unwanted surprises.

To make sure they get the final elevation right, builders often remove parts of the existing materials. It’s a method of eliminating portions around the sewers and covers, which are static, of course. Click here to learn more.

Various additives such as Calciment or lime can be used to strengthen and bind the new layer. They help to secure the layer more efficiently. During freezing winter days, materials might swell or shrink, and lime is responsible for holding all the parts in place, stabilizing the road or pavement.

Finally, the mass is shaped and compacted before the topmost layer comes into place. After the surface is complete, the new-old asphalt is ready to endure many more years of exploitation. Then the same thing needs to happen again.

A significant advantage of full-depth reclamation over other methods is time-saving. At best, one such project can be finished in a couple of days, while the process of removing old materials and bringing new ones can take weeks, sometimes even more. Modern companies require much faster execution when it comes to infrastructure.

This is vital for continuous traffic. Imagine a city such as Tokyo, where thousands of vehicles are prevented from carrying their owners to work. People would riot. After FRD is completed, traffic can continue within several hours. A fast repair is highly valuable for workers who commute daily.

Endurance is yet another great advantage. In many cases, roads and pavements fail because of poor underlying layers, even though the asphalt itself is high-quality. By using full-depth reclamation, the new base becomes more robust and enduring. It’s also longer lasting than the surface, which is directly exposed to wear and tear.

We mustn’t forget about the environment. The import and export of materials can pollute the surrounding area, and by implementing reclamation, builders can avoid all the collateral damage. On top of that, one hundred percent of the existing materials can be recycled.

All in all, FDR is way more efficient than traditional rehabilitation methods. It doesn’t require too much equipment, fewer trucks are used, and equipment in general, resulting in minimum traffic impact. Fast and efficient repair methods are invaluable nowadays, and FDR is a guaranteed winner.