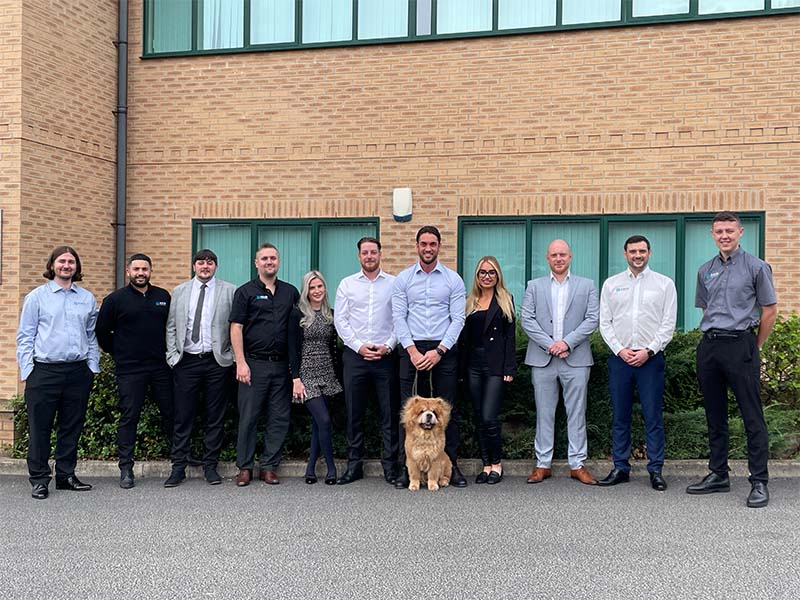 On 21st October, AMB Technical are to be special guests at the prestigious Total Awards ceremony at the Manchester Marriot, where they have been nominated for one of the nights most highly sought awards, the Rising Star Award.

This award celebrates exceptional growth, ambition, and resilience – all traits that Martyn and the guys have had to show in abundance since they first started trading in 2018. Martyn Holme, Managing Director is excited to be nominated and to be in the final list of construction companies selected:

“We’re absolutely over the moon to have been nominated for the ‘Rising Star award. Like all businesses, the last year has been a challenge. However, we are so proud, of the team and what we have achieved and the challenges we have had to overcome. To be able to say that our company has increased turnover by 228% from 2018 -2021, increased staff by 600%, with forecasted plans to hit £4.6 million turnover by the end of this year – a huge achievement especially for a company that has been trading for just over three years.”

AMB Technical’s client base over the pandemic has been involved in projects such as building hospitals, schools and colleges, running essential power stations, and maintaining UK’s Road and Highways infrastructure. A network of over 150 associates on site which is constantly growing as the company takes their next steps of growth and development within the construction industry.

AMB Technical are always keen to give back to the community that they live and work within, supporting boxers to achieve lifetime dreams, funding and supporting local football teams and giving children from poorer backgrounds life saving skills such as learning to swim. Their dedication is to pave a future that will not only shape and develop their team but also help and grow the communities around them.

The Total Awards are often recognized as the UK’s leading Award Ceremony celebrating ‘Excellence within the Construction Industry’. The UK’s leading contractors, engineers and support functions will all be present on the night, including eight awards for the likes of rising star, sustainability, and collaborative working.

The awards are being held at the 5* Manchester Marriot Albert and Victoria Hotel, with the results being announced in October.