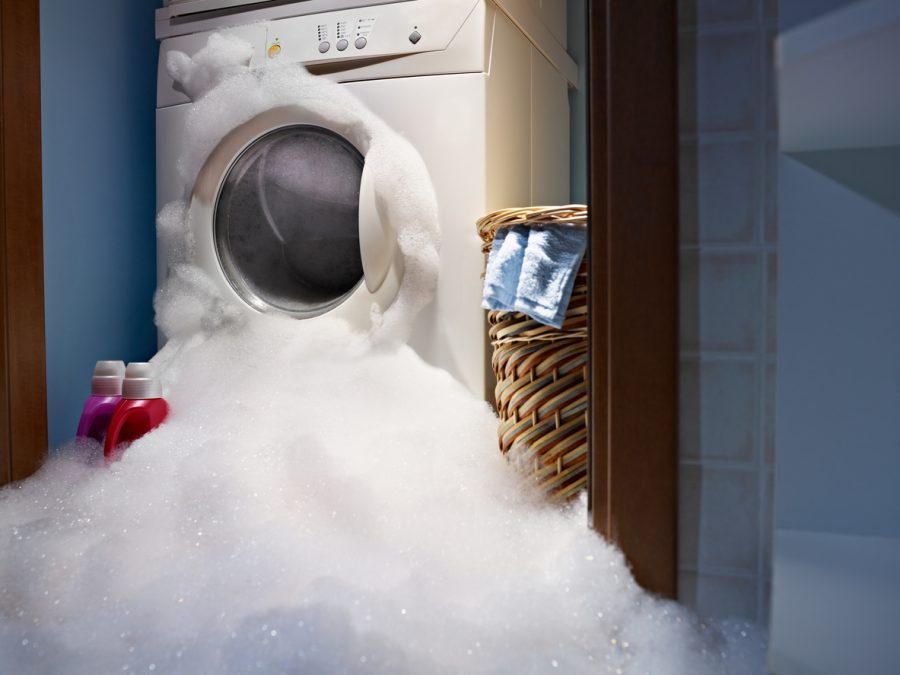 4 Common Washing Machine Problems & How to Fix Them

It’s a common situation — you’ve got a basket full of dirty laundry and a washing machine that, despite your best efforts,simply refuses to work.

Washing machines can stop working for a variety of reasons, from electrical faults that prevent the washing machine from even switching on to drainage, spinning and agitation problems that make it impossible to successfully wash your clothes.

Luckily, most of these problems are fixable.Below, we’ve listed four of the most common causes of washing machine repairs, as well as the best techniques for identifying and fixing each issue.

If your washing machine isn’t draining properly, you’ll usually notice quickly. Washing machines with drainage issues can spill soapy water all over your floor, leaving you with a huge mess that can damage your flooring and possessions.

Most of the time, drainage issues are caused by clogged drain hoses, jammed drain pumps and items that get wedged inside the washing machine. Other common causes of washing machine leaks include interfering with the washer’s spray rinse and forgetting to remove the drain plug.

If you can find the cause of the blockage, it’s usually easy to remove it yourself — if not, it’s best to call a repair technician.

Here’s another common problem: your washing machine switches on and works fine until it’s time to spin. Spinning problems can make it impossible to wash your clothes, leaving you with unwashed laundry and a dwindling supply of things to wear.

Most of the time, spinning issues are caused by loading your washing machine with too many items. If your machine is over loaded and refuses to spin, try switching it off, adjusting the load,removing heavy items and trying again.

Other common causes of spin issues include lid switch damage, which can trick your washing machine into thinking its lid is open, and worn belts. These are fairly complicated to repair and are best fixed by an experienced technician.

Your washing machine has finished its cycle and it’s time to pick up the load. Your clothes and linens look exactly like they should, but there’s only one problem — they smell just as used as they did before you washed them.

If your laundry looks or smells dirty after you’ve washed it, it could be because your washing machine isn’t properly dispensing detergent. This is usually the result of a clogged detergent dispenser.

Fixing this is usually a simple process. If your machine’s dispenser is clogged, try pouring a warm cup of distilled white vinegar into it, then program the washing machine to complete a normal washing cycle.

Failure to Switch On

Power issues are quite common in all appliances, including washing machines. If your washing machine won’t switch on, it could be the result of a broken power outlet, a damaged lit switch, a timing knob issue or a damaged internal motor.

If your washing machine’s power outlet is dead, check your electrical panel to see if the circuit breaker switched off. If there’s no circuit problem, it’s best to call in an experienced technician,as they’ll be best equipped to identify and fix the root electrical problem.